Portrait of a Graduate

Portrait of a JCDS Graduate

The JCDS Portrait of a Graduate captures the school’s core beliefs and how those are reflected in each of our students and graduates. Our Portrait of a Graduate focuses on the qualities that make our students uniquely prepared for middle school and beyond. It is this portrait that brings our mission to life and affirms the choice that families make when sending their children to Jacksonville Country Day School. 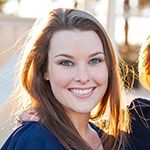 A JCDS GRADUATE...
IS PREPARED FOR ACADEMIC SUCCESS

“Jacksonville Country Day School has always been ahead of the curve when it comes to preparing its students for future academic success. Specifically, the thoughtful curriculum targets early exposure to writing and reading comprehension, integrated character education, and advanced STEM-based learning. Most importantly, JCDS laid an excellent foundation for success in my secondary education and subsequent university studies. In fact, my transition from JCDS to Episcopal was a relatively seamless experience, which I consider a testimony to the thorough preparation I received through my 8 years at JCDS. I remember feeling only excitement at the prospect of making new friends, starting middle school coursework, and trying out for a new sport.” 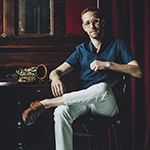 “At JCDS, we learned to be strong, independent individuals and to work effectively within a team. In creative classroom environments and a wide variety of extracurricular activities, JCDS equipped us to be confident in ourselves while working collaboratively with others. These invaluable tools have enabled me to meet complex challenges, think independently, discover creative solutions, and achieve the goals I set for myself.”


Owen Broder is a saxophonist based in New York City. He leads his own groups and participates in others. Owen’s jazz quintet, Cowboys & Frenchmen, released its debut album, Rodeo, in 2015, which earned rave reviews and enjoyed top placement on radio charts. Their recent 2017 release, Bluer Than You Think, received a four-star review from Downbeat magazine. Most recently, his American Roots Project’s album Heritage (2018) earned him a 2018 Herb Alpert Young Jazz Composer Award. He has traveled with the Temptations and the Four Tops, and opened for John Legend. Owen’s academic achievements include a Bachelor’s degree from the Eastman School of Music, and a Master’s from the Manhattan School of Music. 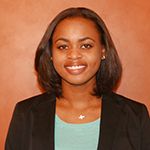 “During my time at JCDS, I was able to develop fundamental writing and presentation skills that have helped me to communicate thoughtfully and effectively. From writing book reports in English, presenting geography group presentations in History, and designing graphs and charts in Computer class, JCDS encouraged me to find my voice and share it in unique and creative ways. These skills gave me the confidence and ability to pursue a career in media and entertainment.”


Kathryn Huyghue recently graduated from New York University’s Tisch School of the Arts, where she majored in film and television production. Kathryn strives to use her work to provide insight into perspectives and stories that we rarely hear or see with hopes of evoking compassion and empathy from the audience. As the daughter of two attorneys, Kathryn has always had a passion for human and civil rights.


Ms. Huygue had an internship with HBO last summer, where she worked on videos for HBO’s YouTube channel, selected clips and GIFs for digital social campaigns for HBO’s original series Insecure, and presented to 200 HBO executives about targeting Generation Z. Kathryn was also a Digital Services Intern at Showtime. 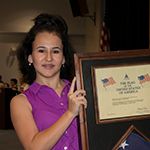 A JCDS GRADUATE...
ACTS WITH COMPASSION AND RESPECTS OTHERS

“At JCDS, every day we are taught to show good character and to have compassion and respect for all of our peers. Our teachers reinforced this in every conversation.”


Sonia Kelpler “always thinks about including others,” her 6th grade teacher Nancy Hockenbery said. Sonia wanted to make sure everyone in her class enjoyed the 6th grade Valentine’s Day dance last spring. So she took it upon herself and became the catalyst to get every single 6th grader to dance, including the reluctant ones.


Additionally, Sonia obtained a flag that was flown over the U.S. Capitol Building on August 17, 2017, to celebrate the founding of Jacksonville Country Day School. With help from her grandfather, Sonia petitioned U.S. Senator Marco Rubio for this honor. She didn’t want the credit for herself and presented it as a gift from the 6th grade class of 2018. This is the type of unselfish behavior that Sonia demonstrates every day, according to faculty members who have taught her. 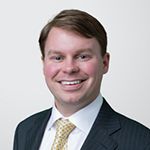 A JCDS GRADUATE...
LEADS BY EXAMPLE

“JCDS taught me to lead by example by showing me the importance of always treating others with respect. In order for anyone to put their trust in you as a leader, you have to show them that you value their time, effort, and support. ”


After graduating as valedictorian of Episcopal in 2008, Peter Blumeyer attended college at Vanderbilt University, where he majored in Political Science and was active in student government. In 2012, he graduated from Vanderbilt, summa cum laude, with departmental honors in Political Science. After college, he remained at Vanderbilt for law school, where he served as student body president during his final year. He then returned to Jacksonville and accepted a position as a commercial litigation attorney at Holland & Knight LLP, where he practiced for a year before taking a sabbatical to complete a one-year federal judicial clerkship. Peter is a commercial litigation attorney at Holland & Knight, where his focus is on trust, estate, and fiduciary litigation and private wealth services. In his spare time, he enjoys running, watching movies, and volunteering on the Salvation Army of Northeast Florida's Advisory Board.

Mr. Blumeyer currently serves on JCDS's Board of Trustees.